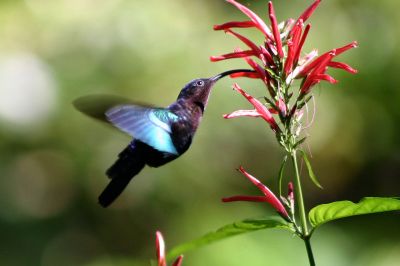 Behold the fowls of the air: for they sow not, neither do they reap, nor gather into barns; yet your heavenly Father feedeth them. Are ye not much better than they? (Matthew 6:26)

Imagine the mathematics of a nectarivorous hummingbirds’ metabolism, as it busily accumulates food energy form flower nectar, as it visits one flower after another. The flowers are benefiting the high-energy hummingbird – yet the hummingbird itself, by pollinating one flower from another, is also benefiting the flowers, helping them to successfully reproduce. There is a balance in all of this.

“The rate at which such a flower supplies its nectar has to be carefully controlled [i.e., fine-tuned by God]. If the plant is miserly and produces very little [nectar], a bird [such as a hummingbird] will not find it worthwhile calling.  If it is too generous, then the bird might be so satisfied after its visit that it will not hurry to seek more nectar elsewhere and so fail to deliver the pollen swiftly.  Many [flowering] plants have arrived [i.e., have been made by God to arrive] at such a perfect compromise [i.e., mutualistic equilibrium] between these two extremes that the hummingbirds pollinating them are compelled to keep continuously active, rushing from one flower to another, getting just enough each time to fuel their high-energy flying equipment with just sufficient calories left over to make the trip [metabolically] profitable.  At night, when they cannot see to fly and the flowers have closed, the birds have no alternative but to shut down all their systems [“torpor”], lower their body temperature and, in effect, hibernate until dawn.”  [Quoting David Attenborough, THE PRIVATE LIFE OF PLANTS (Princeton University Press1995), page 119.] 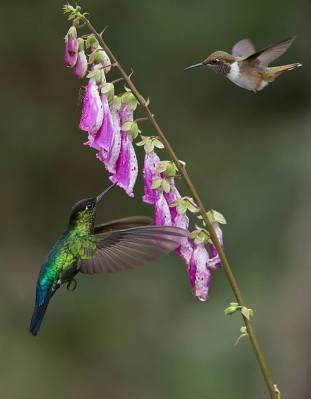 In a recent article of the CHESAPEAKE BAY JOURNAL, wildlife biologist Kathy Reshetiloff stresses the importance of animals that pollinate plants:  “Pollinators are nearly as important as sunlight, soil and water to the reproductive success of more than 75 percent of the world’s flowering plants.  They are crucial to the production of most fruits, nuts and berries that people and wildlife depend on.  More than 150 food crops in the United States depend on pollinators, including blueberries, apples, oranges, squash, tomatoes and almonds.  Worldwide, there are more than 100,000 different animal species that pollinate plants.  Insects [like bees] are the most common pollinators, but as many as 1,500 species of vertebrates [like bats] also help pollinate plants.”(1)

And truly, the role of pollinators is critically valuable for flowering plants to successfully produce the next generation. 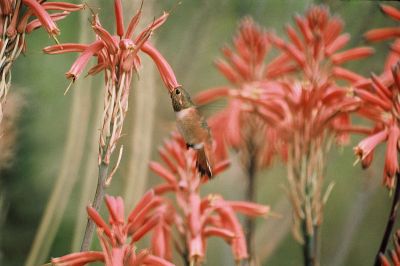 But what is “pollination” and how does it facilitate reproduction of flowering plants? “Pollination occurs when pollen grains [male gamete-bearing particles] from a flower’s male parts (anther) are moved to the female part (stigma) of the same species.  Once on the stigma the pollen grain grows [i.e., extends] a tube that runs down the style of the [plant’s] ovary, where fertilization [i.e., joining of male and female gametes] occurs, producing [fertilized] seeds.  Most plants depend on pollinators to move the pollen from one flower to the next, while others [i.e., other types of plants] rely on wind or water to move pollen.” [Quoting biologist Kathy Reshetiloff.(1),(3)] 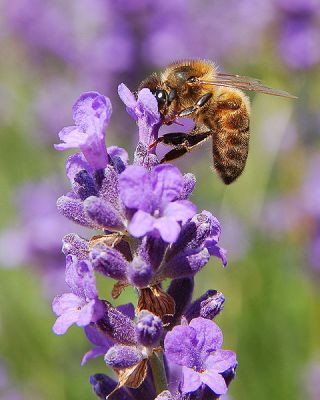 All of this is wonderful information, but the obvious question remains – how does that fascinating process – that occurs daily around the world – fit the journal article’s title, “If You Like Plants, Bee Grateful for Pollinators This Month”?  The information surely proves that we should appreciate the genius of the pollination process, as well as the variety of details that accompany it in its multitudinous applications, — but word “thankful” presumes that someone is due our gratitude, i.e., that we should express our appreciation for pollination to that someone who deserves to be thanked for arranging pollination to work, worldwide, as it does.

Yet Kathy Reshetiloff’s CHESAPEAKE BAY JOURNAL article never mentions who should receive our thanksgiving, for the many magnificent and beneficial services that these pollinators provide.  But are we really expected to “thank” the pollinators themselves – the hummingbirds, bats, bees, and beetles?  (Doing that would be like ancient polytheism, although the pagan animism mythology of today’s anti-creationists usually goes by the Darwinist mantra “natural selection”.)

Obviously, we should be thankful for pollinators – especially if we like to eat on a regular basis!  But the One Who is rightly due our gratitude should be rightly identified.  Accordingly, there is “something wrong” with the “picture” portrayed in the above-quoted CHESAPEAKE BAY JOURNAL article, because something most important is missing – in fact, it is the Someone Who is not mentioned, but Who should be: God, the author and sustainer of all pollination arrangements.

Source: Be Thankful for Pollinators!

2 thoughts on “Be Thankful for Pollinators!”