As many of my beekeeping friends might remember, I started December vowing to answer to, and identify myself as, “Lorenzo” to reservation takers, waitresses, and others. I am pleased to report that this has worked out well, with the exception of that overly serious State Trooper, so I am extending the practice another month. But Lorenzo Langstroth’s birthday month has come and gone and it is time to pick another beekeeper to honor. I encourage anyone so inclined to participate in this exercise of giving and responding to the name of a famous beekeeper for the month. Who knows when a question on the Certified Beekeepers test may become a simple remembrance due to your participation in this venture. So, with no further delay, during the month of January I will give and respond to the name, “Johann” in honor of Johann Dzierzon born January 16th, 1811. Apparently he also went by the name “Jan” so try each out from time to time to see how that flies. Try it out, it’s pronounced exactly as it’s spelled. Hey, I’m not sure it matters.

Johann Dzierzon (16 January 1811 – 26 October 1906), was a pioneering apiarist who discovered the phenomenon of parthenogenesis in bees and designed the first successful movable-frame beehive.

Dzierzon came from a Polish family in Silesia. Trained in theology, he combined his theoretical and practical work in apiculture with his duties as a Roman Catholic priest, before being compulsorily retired by the Church and eventually excommunicated.

His discoveries and innovations made him world-famous in scientific and bee-keeping circles, and he has been described as the “father of modern apiculture”. 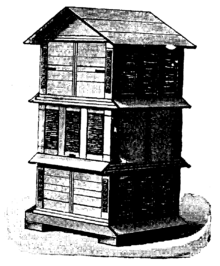 In his apiary, Dzierzon studied the social life of honeybees and constructed several experimental beehives. In 1838 he devised the first practical movable-comb beehive, which allowed manipulation of individual honeycombs without destroying the structure of the hive. The correct distance between combs had been described as 1½ inches from the center of one top bar to the center of the next one. In 1848 Dzierzon introduced grooves into the hive’s side walls, replacing the strips of wood for moving top bars. The grooves were 8 × 8 mm—the exact average between ¼ and ⅜ inch, which is the range called the “bee space.” His design quickly gained popularity in Europe and North America. On the basis of the aforementioned measurements, August Adolph von Berlepsch (de) (May 1852) in Thuringia and L.L. Langstroth (October 1852) in the United States designed their frame-movable hives.

In 1835 Dzierzon discovered that drones are produced from unfertilized eggs. Dzierzon’s paper, published in 1845, proposed that while queen bees and female worker bees were products of fertilization, drones were not, and that the diets of immature bees contributed to their subsequent roles.[15] His results caused a revolution in bee crossbreeding and may have influenced Gregor Mendel‘s pioneering genetic research.[16] The theory remained controversial until 1906, the year of Dzierzon’s death, when it was finally accepted by scientists at a conference in Marburg.[12] In 1853 he acquired a colony of Italian bees to use as genetic markers in his research, and sent their progeny “to all the countries of Europe, and even to America.”[17] In 1854 he discovered the mechanism of secretion of royal jelly and its role in the development of queen bees.

Bust of Jan Dzierżoń, National Museum of Agriculture in Szreniawa

With his discoveries and innovations, Dzierzon became world-famous in his lifetime.[14] He received some hundred honorary memberships and awards from societies and organizations.[12] In 1872 he received an honorary doctorate from the University of Munich.[14] Other honors included the Austrian Order of Franz Joseph, the Bavarian Merit Order of St. Michael, the Hessian Ludwigsorden, the Russian Order of St. Anna, the Swedish Order of Vasa, the Prussian Order of the Crown, 4th Class, on his 90th birthday, and many more. He was an honorary member of the German Academy of Sciences Leopoldina. He also received an honorary diploma at Graz, presented by Archduke Johann of Austria. In 1903 Dzierzon was presented to Emperor Franz Joseph I of Austria.[14] In 1904 he became an honorary member of the Schlesische Gesellschaft für vaterländische Kultur (“Silesian Society for Fatherland Culture”).

Dzierzon’s discoveries concerning asexual reproduction, as well as his questioning of papal infallibility, were rejected by the Church,[12] which in 1869 retired him from the priesthood.[18] This disagreement, along with his public engagement in local politics, led to his 1873 excommunication.[19] In 1884 he moved back to Lowkowitz, settling in the hamlet An der Grenze,[12] (Granice Łowkowskie).[20] Of his new home, he wrote:

In every direction, one has a broad and pleasant view, and I am pretty happy here, despite the isolation, as I am always close to my beloved bees — which, if one’s soul be receptive to the works of the Almighty and the wonders of nature, can transform even a desert into a paradise.[12] 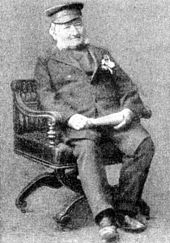 Johann Dzierzon is considered the father of modern apiology and apiculture.[21] Most modern beehives derive from his design. Due to language barriers, Dzierzon was unaware of the achievements of his contemporary, L.L. Langstroth,[21] the American “father of modern beekeeping”,[22] though Langstroth had access to translations of Dzierzon’s works.[23] Dzierzon’s manuscripts, letters, diplomas and original copies of his works were given to a Polish museum by his nephew, Franciszek Dzierżoń.[9]

In 1936 the Germans renamed Dzierzon’s birthplace, Lowkowitz, Bienendorf (“Bee Village”) in recognition of his work with apiculture.[24] At the time, the Nazi government was changing many Slavic-derived place names such as Lowkowitz. After the region came under Polish control following World War II, the village would be renamed Łowkowice.

Following the 1939 German invasion of Poland, many objects connected with Dzierzon were destroyed by German gendarmes on 1 December 1939 in an effort to conceal his Polish roots.[10] The Nazis made strenuous efforts to enforce a view of Dzierżoń as a German.[11]

After World War II, when the Polish government assigned Polish names to most places in former German territories which had become part of Poland, the Silesian town of Reichenbach im Eulengebirge (traditionally known in Polish as Rychbach) was renamed Dzierżoniów in the man’s honor.[25]

In 1962 a Jan Dzierżon Museum of Apiculture was established at Kluczbork.[12] Dzierzon’s house in Granice Łowkowskie(now part of Maciejów village was also turned into a museum chamber, and since 1974 his estates have been used for breeding Krain bees.[12] The museum at Kluczbork houses 5 thousand volumes of works and publications regarding bee keeping, focusing on work by Dzierzon, and presents a permanent exhibition regarding his life presenting pieces from collections from National Ethnographic Museum in Wrocław, and Museum of Silesian Piasts in Brzeg[26]