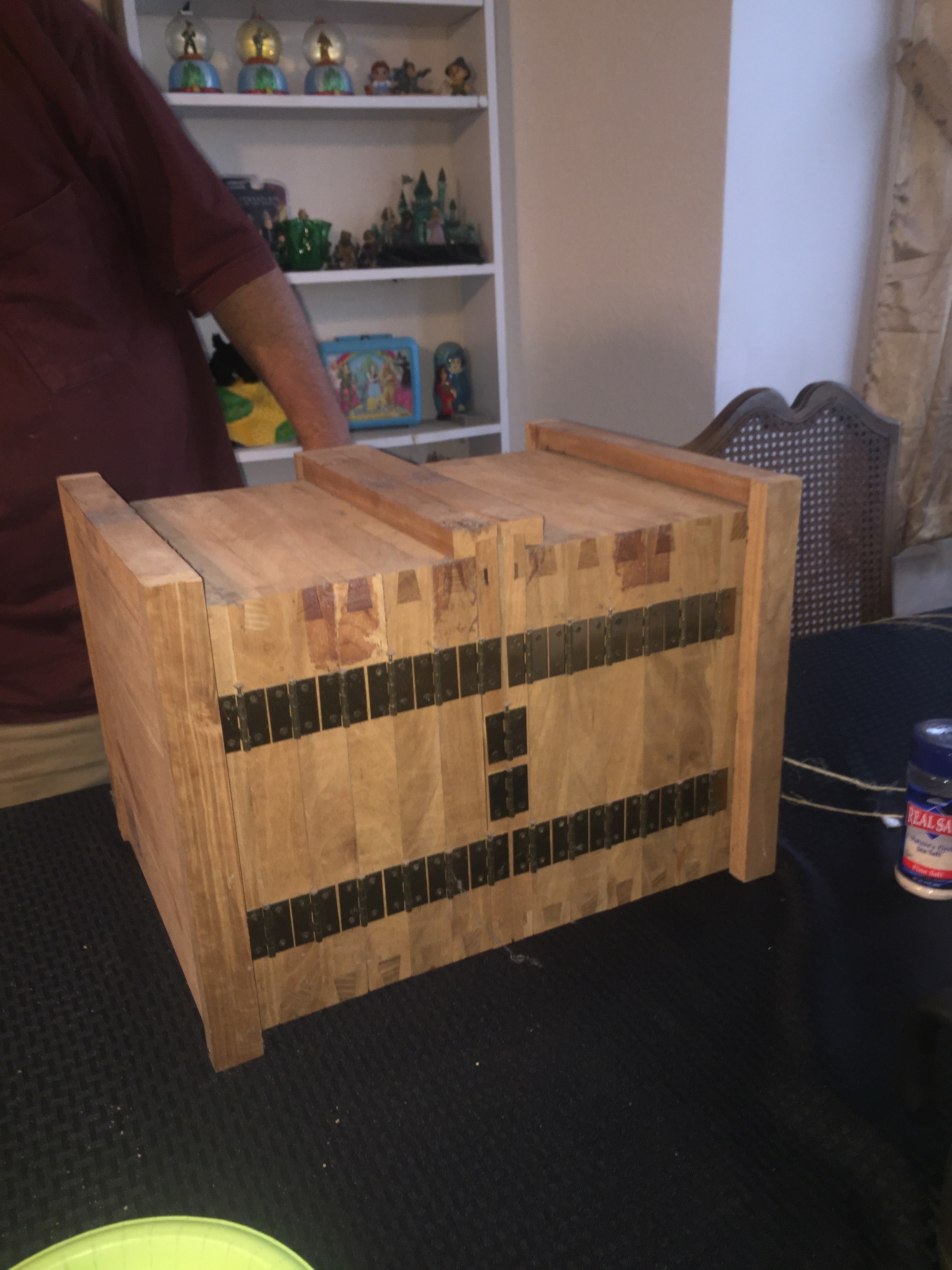 Prior to the middle of the 1800’s, most bee hives in North America and Europe were simple shelters for the bees. Skeps, log gums and box hives were common types of hives in this period.

Bees attached their wax combs to the hive’s roof and walls, just like they do in wild hives. Today we refer to these types of hives as fixed-comb hives.

Skeps were made from grass straw, and often had sticks inside to provide support for the honey combs. Beekeepers inspected skep hives from the bottom.

Box hives were simple shelters to house a swarm of bees.

François Huber (July 2, 1750 – December 22, 1831) was a Swiss naturalist, born at Geneva, of a family which had already made its mark in the literary and scientific world: his great-aunt, Marie Huber, was known as a voluminous writer on religious and theological subjects, and as the translator and epitomizer of The Spectator (Amsterdam, 3 vols., 1753); and his father Jean Huber (1721–1786), who had served for many years as a soldier, was a prominent member of the coterie at Ferney, distinguishing himself by his Observations sur le vol des oiseaux (Geneva, 1784).

François Huber was only fifteen years old when he began to suffer from a disease which gradually resulted in total blindness; but, with the aid of his wife, Marie Aimée Lullin, and of his servant, François Burnens, he was able to carry out investigations that laid the foundations of a scientific knowledge of the life history of the honey bee. His Nouvelles Observations sur les Abeilles was published at Geneva in 1792 (Eng. trans., 1806). A second volume of work published along with the first came out in 1814 which covered many more subjects including the construction of comb and experiments on the respiration of bees. Huber’s New Observations Upon Bees The Complete Volumes I & II has been replublished in English by Michael Bush – Visit Amazon to Purchase 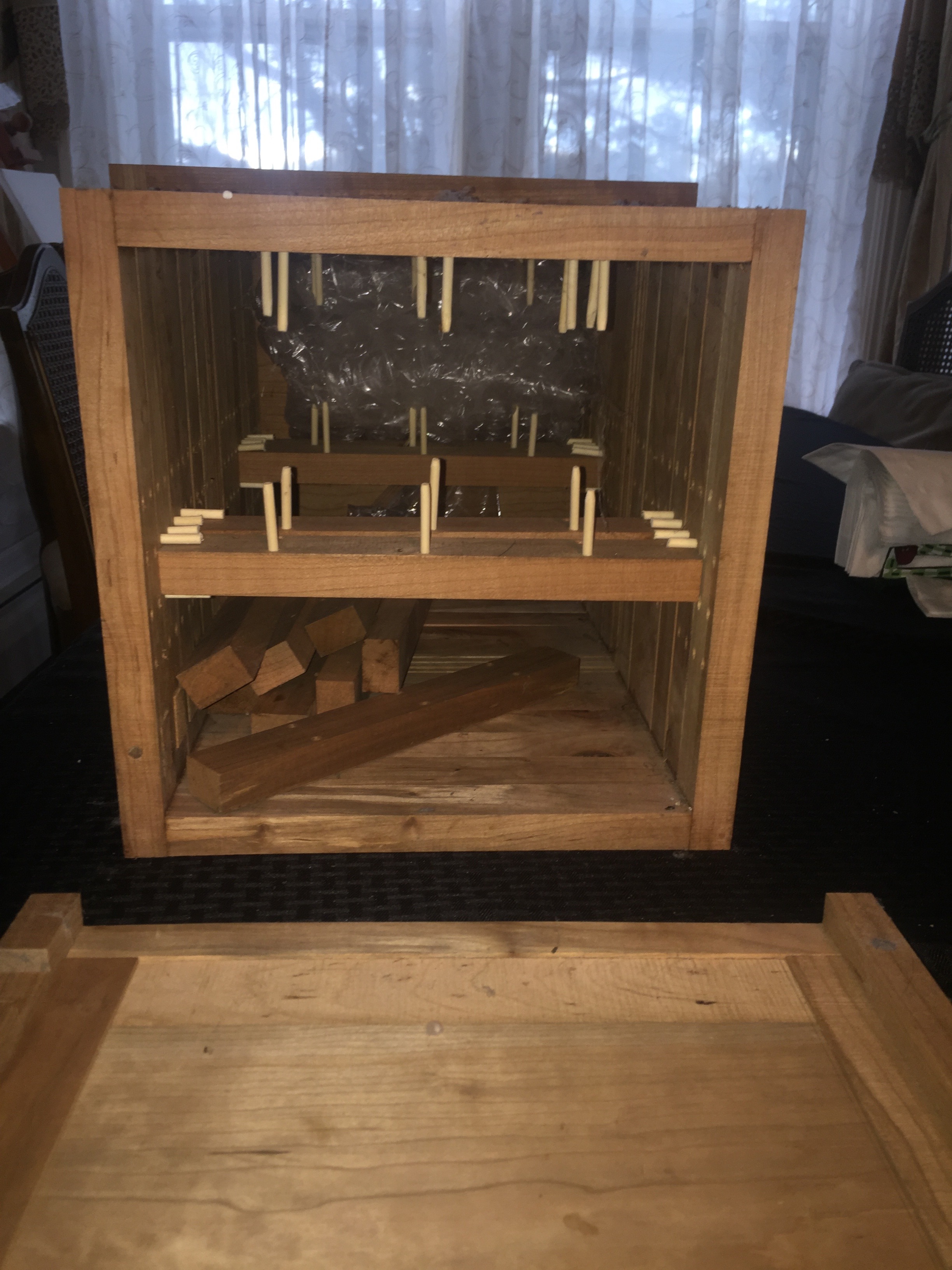 Many movable comb hive inventions used “frames” for the bees to build their combs inside.

Huber’s contribution was also acknowledged by Lorenzo Langstroth, inventor of the hive style that is most commonly used today:

“The use of the Huber hive had satisfied me, that with proper precautions the combs might be removed without enraging the bees, and that these insects were capable of being tamed to a surprising degree. Without knowledge of these facts, I should have regarded a hive permitting the removal of the combs, as quite too dangerous for practical use.”
– L.L. Langstroth in Langstroth on the Honey-Bee, 1860.

The leaf or book hive consists of twelve vertical frames or boxes, parallel to each other, and joined together. The cross spars, nine or ten. The thickness of these spars an inch (2.5 cm), and their breadth fifteen lines (1 line=1/12th in. 15 lines=1 1/4 in.=32mm). It is necessary that this last measure should be accurate; a piece of comb which guides the bees in their work; d. a movable slider supporting the lower part; b b. pegs to keep the comb properly in the frame or box; four are in the opposite side; e e. pegs in the sides under the movable slider to support it.

A book hive, consisting of twelve frames. Between 6 and 7 are two cases with lids, that divide the hive into two equal parts, and should only be used to separate the bees for forming an artificial swarm; a, two frames which shut up the two sides of the hive, have sliders.

The entrance appears at the bottom of each frame. All should be close but 1 and 12. However it is necessary that they should open at pleasure.