Sept. 30, 1852, was a fine clear day, and Henry David Thoreau decided to go bee hunting. He ended up feeling richer for the experience, and not just because of the honey.

He was 35 years old, living in Concord, Mass., as the town’s principled eccentric. Two years earlier he had published A Week on the Concord and Merrimack Rivers, but it wasn’t a success. He had finished his sojourn in the woods, though he had yet to publish his masterpiece, Walden.

He had already spent a night in jail for refusing to pay his poll tax as a protest against slavery and the Mexican War. He was hiding escaped slaves in his family’s home and taking long walks in the surrounding woods and fields.

He recorded in great detail his observations of nature in his journal. On the day he went bee hunting, he described how he went with three friends in a wagon to Fair Haven Pond. They brought with them their bee-hunting apparatus: a small round tin box and a small wooden box.

At first they had no luck, as they couldn’t find flowers. The goldenrods were dried up and the asters were scarce. They tried the pond, a brook and a tree where Thoreau had found a bees’ nest that summer. No luck. And then, 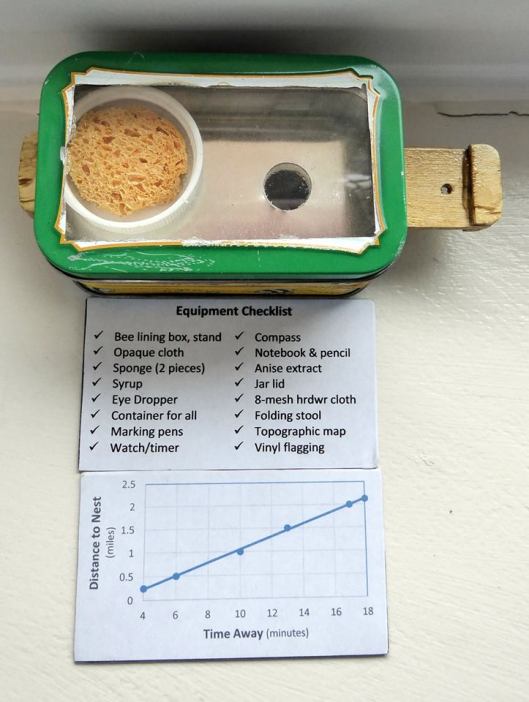 Here is a super cool beebox for bee hunting, made of two Altoids tins. Ingenious, and fun! The inventor, Frank Linton, also provided instructions for construction.